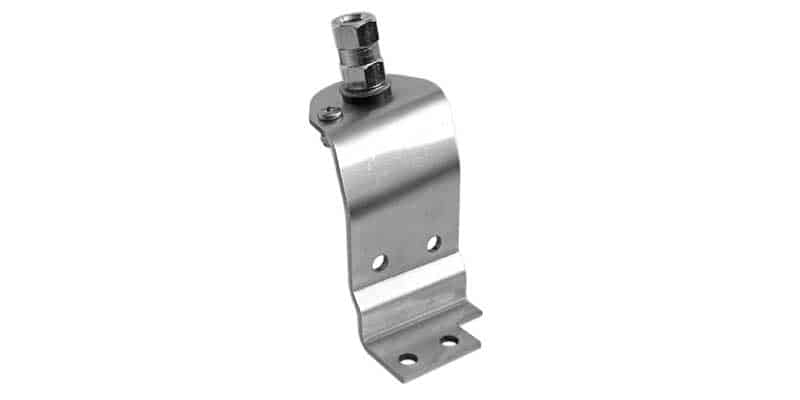 The AUF1-L CB antenna hood mount was designed for Ford F150s starting in 1997. The mount installs using existing bolts on the fender of your Ford F150/F250. The AUF1-L will work with 1997- 2010 F150/F250's or Ford Expedition without requiring drilling into the body of your truck.

The AUF1-L mount is easy to install, securely holds the tallest CB antennas, and is built for a lifetime of rugged use. The AUF1-L is an all stainless steel antenna mount built for weatherproof year round use without rust. A lug ring terminal antenna stud mount is included with the AUF1-L mount. This makes it easy to keep the end of the antenna coax clear of the fender on your Ford truck or SUV.

Additional mounting screws are not included with the AUF1-L and require separate purchase if they are needed for your individual antenna mounting application.

A CB coax with lug connectors (hoop connectors) is recommended for use with the AUF1-L mount. For an even easier install, we recommend using this Firestik CB antenna coax.

Part fits my 08 Expedition. Installation was 4 screws, not included. took 5 min.
Where the screws attach to the inside of the fender, does not allow a seamless closing of the hood, minor bowing of the hood as it impinges on the screws. Had lots of very good help with cust service on all parts I ordered.
Felix 10/05/2017, 12:08 PM
Write a review