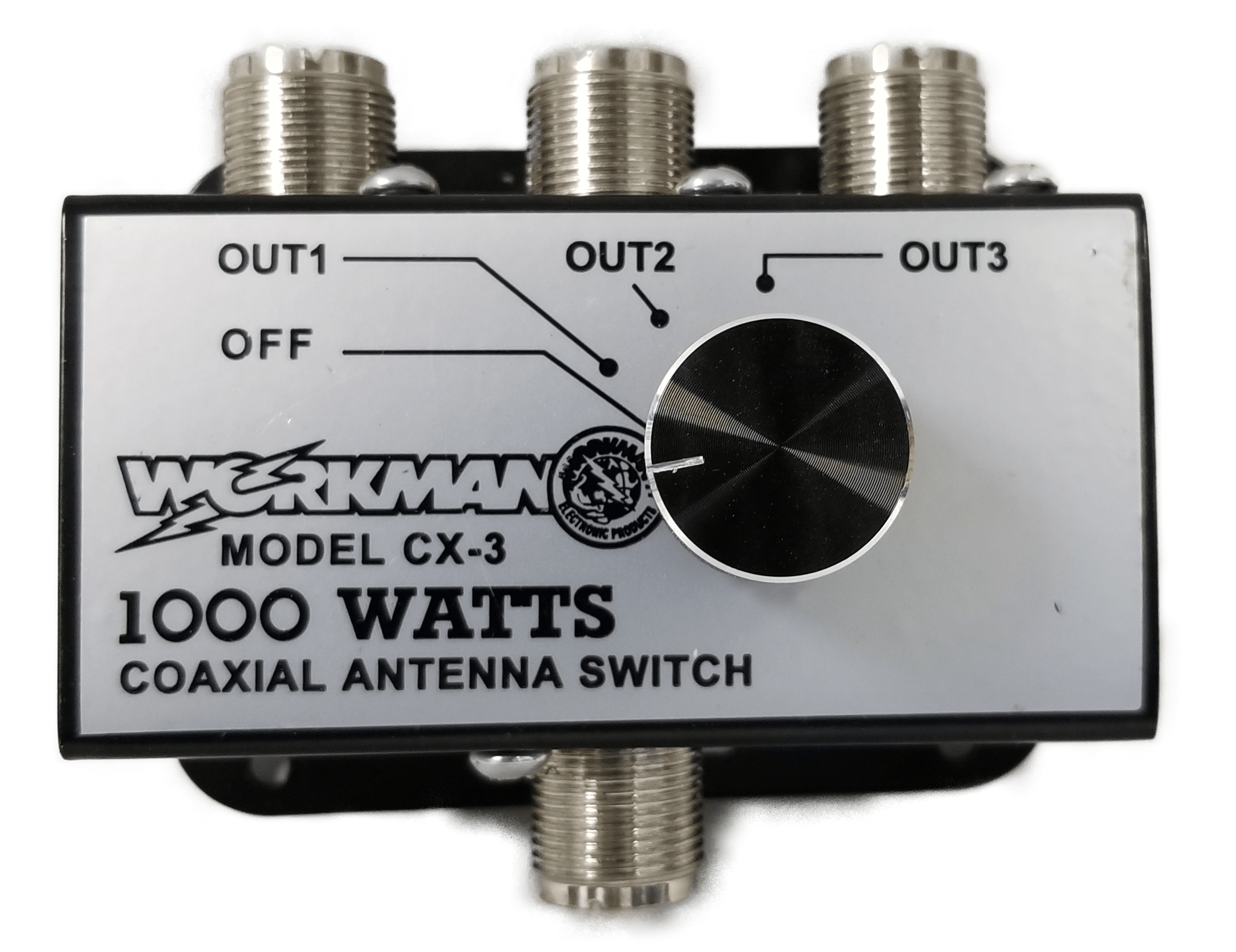 A CB antenna switch allows you to connect multiple antennas to one radio, or multiple radios to one antenna. We have two and three position switches available (selectable above).

The two position antenna switch has a hard, heavy metal body housing 3 SO239 (female to the PL259) connectors. One connector in and two connectors out. These are standard connectors with Bakelite insulators. The housing has two mounting holes on the input side for fastening the switch down to your workbench or in your vehicle. The switch has an arrow on it that you just point to the lead you want on.

The three position antenna switch (four if you count the 'off' position) also has a metal housing with 4 SO239 connectors. One connector in and three connectors out. Again, they are standard connectors with Bakelite insulators. This housing has 4 mounting holes, two on each side. The switch can point to one of the three outputs, or an off position. Be wary of the off position. You don't want to transmit with no antenna on!

Both switches will handle frequencies up to 600 MHz and 1000 watts of power. They are good for CB or amateur radio.