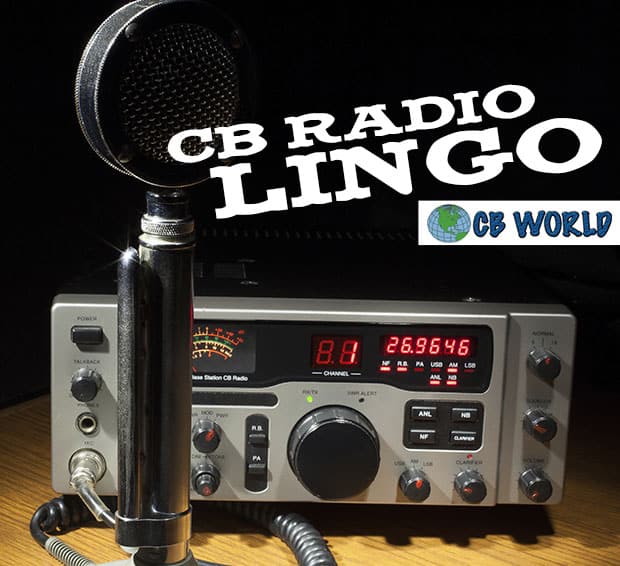 If you want to get anywhere on CB, you have to be prepared to talk trucker talk, and that can mean learning a lot of rules of conduct. Learning CB lingo and radio code is a critical first step to effective communication.

The most important rule of conduct when using a CB radio is don’t take up more airtime than you have to on a crowded channel. CB 10-codes and Q-codes give you the power to say a lot in the limited space available. Use them wisely, and you'll not only communicate effectively but you'll also gain the respect of your peers.

Learning a few simple rules will help you figure out how to get your codes in edgewise so you’re making friends and not enemies over the airwaves.

Before we dive in, let’s have a little fun with CB lingo!

The Most Commonly Used 10 Codes

When getting started, remember at least the following 10 codes:

10 codes originated in the USA and are CB radio lingo mostly used in English-speaking countries. However, no matter which codes are used in your country, be aware that there are local dialects in every urban area and region. You have to listen to others to learn the phrases and codes in your area. And not everyone knows or uses 10-codes, so be prepared for some people to not understand you.

Be aware that the use of codes specifically to obscure the meaning of a transmission is probably illegal in most countries. The difference is this codes which are well known and make communications shorter or more efficient are normally allowed.

Some of the More Common Q Codes

Q codes are used in many kinds of radio communications, including CB sideband but not typically on CB AM. (If your radio doesn't have sideband, don't worry about Q codes.) Q codes originated with amateur radio but their use in CB radio lingo varies even more than 10-codes.

The following is an abbreviated list of Q codes borrowed from amateur radio:

The following is from a list of Q codes used by the X-Ray Club (a sideband-users club headquartered in Paradise, California):

Q codes may be used to ask questions (QTH?) or to answer them (QTH is 5th and Ivy Streets.)

The ARRL Handbook and the ARRL operating guides have more complete listings of those used for amateur radio. (ARRL is an amateur radio organization.) Historically, the Q signals were instituted at the 'World Administrative Radio Conference' (WARC) in 1912. Because of their international origin, Q codes may be more accepted outside English-speaking countries than 10-codes are.

Some Tips for Communicating with Others on a CB Radio

The following is a list that is generally considered proper procedure or polite when using a CB radio. It can also be considered a beginner's survival guide. This list was compiled from common problems that have plagued beginners since CB radios first became popular.

Conduct on the radio is guided by two principles: respect for users and respect for the CB channel.

Other users are people trying to use the CB channel just like you, and the only reason any of us is able to do so is because we all respect one another. The CB channel is a shared limited resource. When it’s not being used, you have more leeway to use more. When the CB channel’s in demand, you have to yield it to others.

When two people are talking, essentially they temporarily "own" the CB channel.

US FCC regulations say that they have to give other people opportunities to use the CB channel if they're going to use it more than several minutes. But it is not up to an outsider to "take" the CB channel from them.

Take care not to "step on" other units (i.e. transmitting at the same time as they are, thereby making both your transmissions unreadable.)

This usually means that you should adjust your break squelch level so that you can hear the other unit and then only begin to transmit when you can't hear anyone else.

NEVER deliberately key over someone else.

If you hear one unit break for another unit, give some time for the unit to respond before you say anything yourself.

Keep in mind that they may have to fumble for a CB microphone in a moving car or dodge furniture en route to a base station. Remember, the calling unit has the CB channel.

If you want to talk on a CB channel that is in use, it is very likely that your initial transmissions will accidentally "walk over" someone else's.

So you must keep them short. The word "break" is generally accepted as both a request for the CB channel and an apology for stepping on others. Try to time it in a pause in the conversation.

Even when your "break" has been recognized, keep your next transmission short.

For example, "Break one-seven for Godzilla" if you're on Channel 17 and looking for someone whose handle is Godzilla. If Godzilla doesn't answer in a reasonably short amount of time, it doesn't hurt to say "thanks for the break" to the units that stopped their conversation for you and give them permission to resume their conversation.

If you break on an open (unused) CB channel, you don't have to be as brief.

For example, "Break 17 for Godzilla. Are you out there Godzilla?" However, the short form is perfectly acceptable, too. Use what fits your style.

If someone speaking to you gets "walked over" so that you can't understand the message, you basically have two options.

You can tell the person you were listening to, "10-9, you were stepped on", or you can find out what the breaker wants, "Go ahead break", before returning to your original conversation. You should eventually recognize the breaker and find out what they want. If two people are talking and you would like to interject a response, you will probably just walk over someone. Use the procedure above to properly break into the conversation.

What should you do if someone doesn't answer your breaks after two or three attempts?

Stop and wait for several minutes or, in mobile units, for several highway miles or city blocks. Others may have their radios on and don't want to listen to the same break more than three times in succession.

Take into account other people's points of view. Give people proper access to the CB channel and try not to do anything to annoy other units.

If you make a mistake in any of the procedures above, don't waste air time on a busy CB channel by apologizing.

If the CB channel isn't busy, it's your choice.  Just try to do it right in the future. Everyone takes a little time to learn.

These codes and basic rules will give you a good head start on using the radio properly, but there are many subtleties that can’t be explained here. CB is a vibrant community with more than a century of rich history. The only way to learn about it is to participate, so get out there and do it. You’ll find that you’re an old hand at this after just a little while.

And once you’ve become an old hand, if you hear a novice on the CB channel making mistakes, don’t try to enforce any rules. You don’t have any authority, and trying to pretend that you do just takes up precious air time. Be patient, and remember when you were a novice and what that felt like. Be helpful and welcome them to the party, because that’s what CB is: a giant party that anyone and everyone can join. And everyone has a better time when we all follow the rules.