CB Radios in the Modern World

CB (citizens band) radios have long filled the role of allowing average citizens to talk to other radio users around them. Although there are many other options, including cell phones and FRS (family radio system) radios, CB radios have many advantages that make them a popular choice for many purposes.

A Brief History of CB Radios

The CB radio service was created in 1945 by the FCC, which designated a portion of the radio spectrum to be used by average citizens for the purposes of personal communication. However, the frequencies designated at this time, the Class A and Class B frequencies ranging from 460-470 MHz, are hard to reach and proved to be beyond the range of most casual users, so what most people think of as CB, the frequencies around 27 MHz (sometimes described by its wavelength, around 11 meters) was designated in 1958.

In 1958, the FCC designated 23 channels for CB use. Later, this was expanded to the 40 channels available today. Only one channel is legally reserved for specific use: channel 9 (27.065), which can legally only be used to call for help in emergencies.

Initially, operation of a CB radio required a license from the FCC. However, that requirement has since been discontinued, and anyone can use a CB radio - as long as they are using FCC-approved equipment. If you want to learn more about the rules governing CB radios, see the FCC rules for CB radios, contained in subpart D.

CB became immensely popular in the mid- to late-1970s because of a combination of cheaper equipment and pop-culture exposure through songs, movies, and TV.

Although CB radios have been around for a long time, their popularity in recent years has waned, partly because of new technologies that have become available. Cell phones are the biggest competitor to CB radios. They can be used to talk coast-to-coast, as opposed to CB radios, which are limited to local communication. They also allow you to have a private conversation, as opposed to CB, which is a public venue. Traffic and weather apps allow people to get information about road conditions, and GPS navigation helps people find their way, making cell phones very popular with drivers, but they can't completely replace CB radios as we'll discuss below.

FRS is an even lower-powered radio option that some people rely on rather than CB radio. Although they can be useful in some situations and are inexpensive, they are much more limited in range and subject to interference, which means they are not as good for many people.

General Mobile Radio Service (GMRS) is the higher-powered alternative to CB radio. Although this gives improved signal, range, and performance, it is more expensive and requires a license to operate, limiting its usefulness.

Who Uses CB Radios and Why?

CB radios have long been a mainstay for truckers, but they're also popular with off-roaders, RV owners, and motorcyclists and hobbyists. CBs are useful in keeping groups of individuals organized and in contact during events, such as those enjoyed by "wheelers." In fact, CBs are required for most trail rides, as cell phones tend not to work well in the mountains. Also, some drivers still use CBs to identify speed traps, even though radar detectors have largely taken over that task.

Using your CB could help you find an alternate route in a traffic jam, warn you of road blockages ahead, get you real-time weather reports and severe weather warnings, and get you assistance for a mechanical breakdown or medical emergency. On long solo trips, the CB can be the faithful companion that keeps your interest, making the miles fly by, while also helping you stay awake and alert.

Why Truckers Use CB Radios 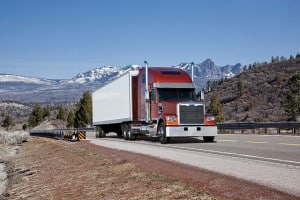 Although many truckers have moved their social conversations onto cell phones, they still rely on CB radios for important information about the road. Truckers have a code about certain information they can and should share on the CB, all of which is useful for everyone in the area, including:

In these areas, CB radios are better than cell phones, because all the information on them is local, immediate, and up-to-date. Even the best apps can be slow at reporting traffic conditions, whereas listening to the CB will give you that information as soon as the first trucker hits the condition, and even though the range is limited, it will be relayed on.

Truckers also rely on CB to communicate with weigh stations and scales. They also know that they can always get help when calling on channel 9. And CB can be useful for coordinate pickups, deliveries, and other concerns with clients.

CB also used to be the tool of choice for convoys, and sometimes they still are, but in many cases cell phones can be used for this function today.

Why RVers and Motorcyclists Use CB Radios

RVers and motorcyclists can benefit from getting the information that truckers share on the highway, as they are subject to the same kinds of hazards as truckers. Many RVers are turned off by the foul language they find on the CB, especially if they're traveling with kids. Technically, it's illegal to use obscene language on the CB, but enforcement is lax. Some utilize the squelch to filter out all but the strongest (presumably the closest) signals to try to cut down on the noise and obscenities, but even then it can be hard for families.

Where CB radios really benefit RVers is in the ability to call for help when they're out of cell phone service areas. Although some RVers stick to the big trailer parks, for many people the joy of the RV is getting off the beaten track and out into the back, back woods. If you get out there, a CB is often your best bet for being able to contact assistance if you need it.

A motorcycle CB is especially good for helping to coordinate large rides and get in touch with people heading for big events like Sturgis or smaller local gatherings.

Hunters also love to get out where there's no cell phone service - who wants to get a work email when you're waiting for elk to enter the meadow? This makes a handheld CB radio a better choice for hunters. It's a very good contingency to have to contact emergency services, but it's also good for keeping in touch with your hunting buddies. The range is better than FRS, and the equipment is less expensive than GMRS - and doesn't require a license. It's great in areas where visibility is poor and all parties are generally staying in the same valley - it can be hard to communicate with people who are on the other side of a hill.

Fishermen can use CB to communicate with others when they're wandering up and down a river, or if each one has their favorite spot.

Hikers can benefit from a CB radio in the event of an emergency, and it's especially useful for solo hikers and backpackers who get far from the main trails. 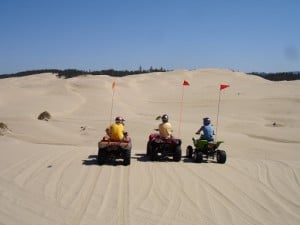 Driving where there are no roads is a pretty good guarantee you're not going to get cell phone reception, either, so a CB can be a vital piece of equipment. Many off-road clubs require a CB to participate. And even if it's not required, it can be really useful to listen for warnings and tips about how to handle a particular trail. It's also good to be able to call for help, whether it's a real emergency or you just need someone to help roll you over. Plus, it's fun to talk to your fellow off-roaders and pass brags and challenges back and forth.

Having one's own communication system that's independent of infrastructure like telephone lines, cell towers, and broadcast radio and TV is appealing to survivalist types who are preparing for a world after those things have passed. Although authorized CB equipment is underpowered for their purposes, many survivalists distrust government and would rather illegally boost CB equipment than apply for GMRS licenses or operate unlicensed on those more monitored channels.

Even people who aren't specifically survivalists like to have a CB on hand as part of emergency preparedness.

Shooting skip is when people try to bounce their CB radio signals off the ionosphere (a high layer in the atmosphere full of charged particles) to communicate with stations far away. Technically, this is illegal - FCC rules ban any attempt to communicate with a CB station more than about 150 miles away. But, as with many other CB rules, enforcement is lax, and it's still popular with CBers. Unfortunately, it's common to get these signals when conditions are right for skipping. The worst is that it can drown out local signals from people using authorized low-power equipment, but you can normally distinguish these signals from locals based on what they say.

With all these great applications, it's no wonder that CB radio remains popular. Although it may never again reach the popularity it achieved in its heydays of the 1970s, there are many people who use CB on a daily basis.