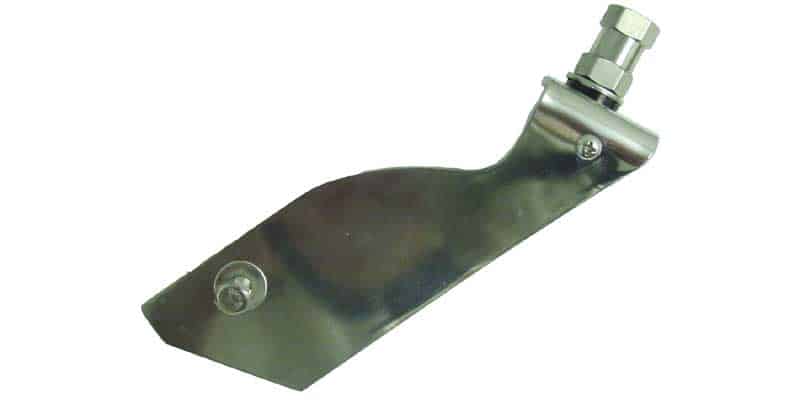 The KAVAL is a sturdy mount that can hold up to 5 foot antennas safely. For 4 and 5 foot antennas we recommend attaching the mount with multiple bolts or screws for additional support. The KAVAL mount accepts 3/8 x 24 threaded CB antennas. A CB antenna spring is recommended for use with this mount.

A CB coax with lug connectors (hoop connectors) is recommended for the KAVAL CB antenna mount. For an even easier install we recommend using Firestik CB antenna coax.

Look near the driver's side hinge for the hood

Slides down behind the hood