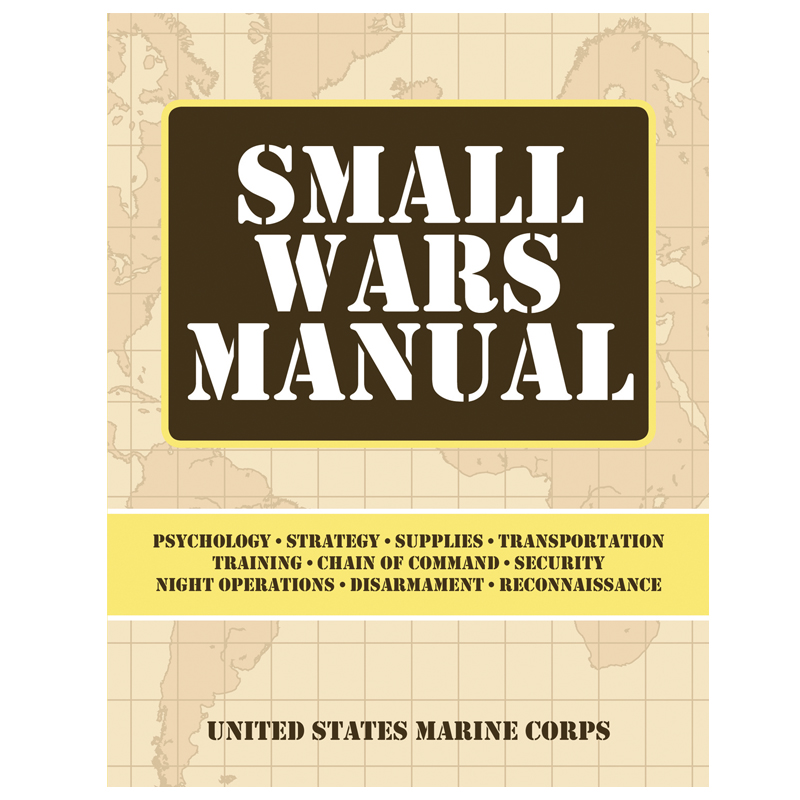 Originally published in 1940 by the U.S. Marine Corps, Small Wars Manual examines the practical and philosophical aspects of low-intensity conflicts, which were then referred to as "Small Wars". It is one of the best books on military peacekeeping and counterinsurgency operations ever written. To read this book today is to look back on a critical era in American history, and to see a bluerint through military strategy and policy for the United States current operations abroad. Topics covered include strategy, psychology, dealings with foreign civilians, as well as implementation of a democratically-elected government. It is fascinating reading for those looking back and those looking ahead. The United States Marine Corps was founded in 1775, and is a branch of the Department of the Navy. It is headquartered at the Pentagon in Arlington, Virginia. 544 Pages Paperback 6.5 x 9.5 ISBN 978-1-60239-696-8