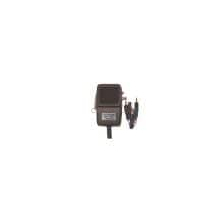 The DM5000 "Aggravator" Superstar Tornado CB Echo Microphone from Workman/Twinpoint is among the best available on today's market. Workman Electronics is a well know brand name with professional drivers of CB microphones and accessories.

The "Aggravator" has an on board IC that is programmable from a personal computer using the included programming cable. You'll be able to program a 20 second sound byte for true customized audio. Just key up the mic, push the trigger control switch and your sound byte will play over the air!

Features on the back of the microphone:

The Twinpoint/Workman DM5000 Power Tornado Echo microphone is a 4 pin electret CB microphone. Because it is amplified, it is completely compatible with any CB radio wired standard 4 pin Cobra/Uniden. The DM5000-5 is compatible with 5 pin CB radios.

Instructions for Programming the Microphone

Have fun sharing your sound bytes with everyone!