With the price of fuel, equipment, and maintenance on your vehicle creeping up every day, commercial drivers and truckers need to be on the lookout for savings wherever they can find them! You can see a great deal of savings by carefully selecting the CB radio that will meet your needs. Of course, this piece of equipment is one that you just can’t do without, however, there are many affordable CB radios that could meet your needs.

While it’s possible to spend a lot of money on a unit with loads of bells and whistles, for most users, an inexpensive CB radio will be more than adequate. Keep in mind that all CB radios are limited by the FCC to a legal standard of 4 Watts of transmitting power. So, your next step is to figure out what your needs are.

CB radios include models designated by function: base stations (Example: for use on a building or in a house), handheld transceivers (handheld radios) and mobile radios. Each class of radio is designed to meet a specific set of requirements. Truckers and commercial drivers need a radio in their vehicle to be in contact with their company or customers, stay in touch with their families, and keep up to date on what’s happening on the road, from weather and traffic, to speed traps, and other hazards. A base station isn’t going to meet their needs, while handheld radios need special tweaking to be adapted for use in a vehicle.

If this describes your situation, a mobile CB is your most appropriate choice, and luckily for you, a wide variety of mobile models are available and they are often relatively cheap. CB radios intended for mobile use are typically designed for easy mounting and have features that will serve you well when you hit the road. An additional advantage, and another opportunity to save a few bucks, is that easy to install, powerful, inexpensive CB antennas are available to match your inexpensive CB radio.

While inexpensive CB radio kits are not usually as packed with great features as the more expensive models might be, you should be able to come up with a unit that meets your needs without breaking the bank. Let’s take a look at some of the features you absolutely need, some that you may want but that aren’t absolutely necessary, and a few that would be nice to have, but only if it can fit within your budget.

Must Have Features in a CB Radio

Nice to Have Features in a CB Radio

In the case of this selection of CB radios, a “cheap CB radio” does not mean “of poor quality.” It means inexpensive. Even relatively inexpensive CB radios probably include many or all of the essential features. 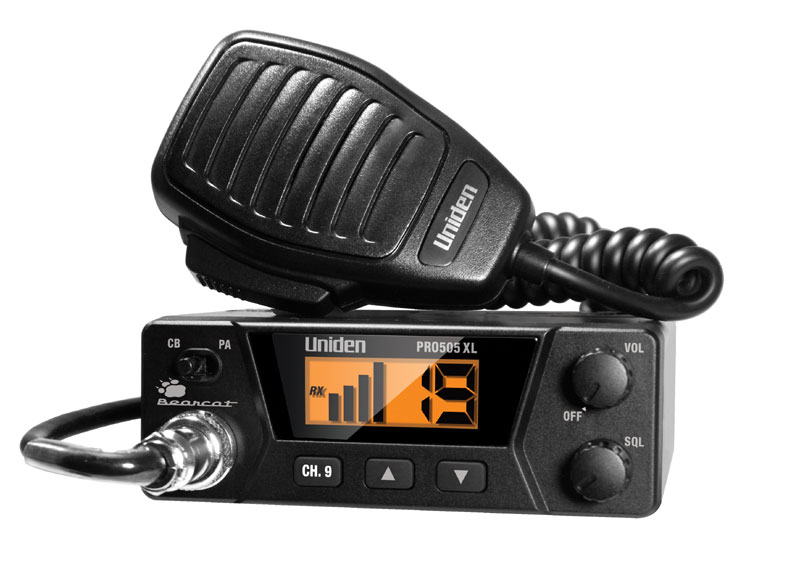 This small Uniden radio, the PRO 505XL (http://www.wearecb.com/uniden-pro505xl-40-channel-cb-radios.html) features squelch, an external speaker jack, instant emergency channel and a CB/PA switch. It doesn’t include channel scan, memory buttons, roger beep, or SSB. The features that you may want that aren’t included are weather and mic gain. A word of caution is that the power cord comes permanently attached to the back of this radio, which means that the power cord has to be routed from the back of the radio to the power source. The radio comes in the box with a microphone, mounting bracket and hardware. Buy it. 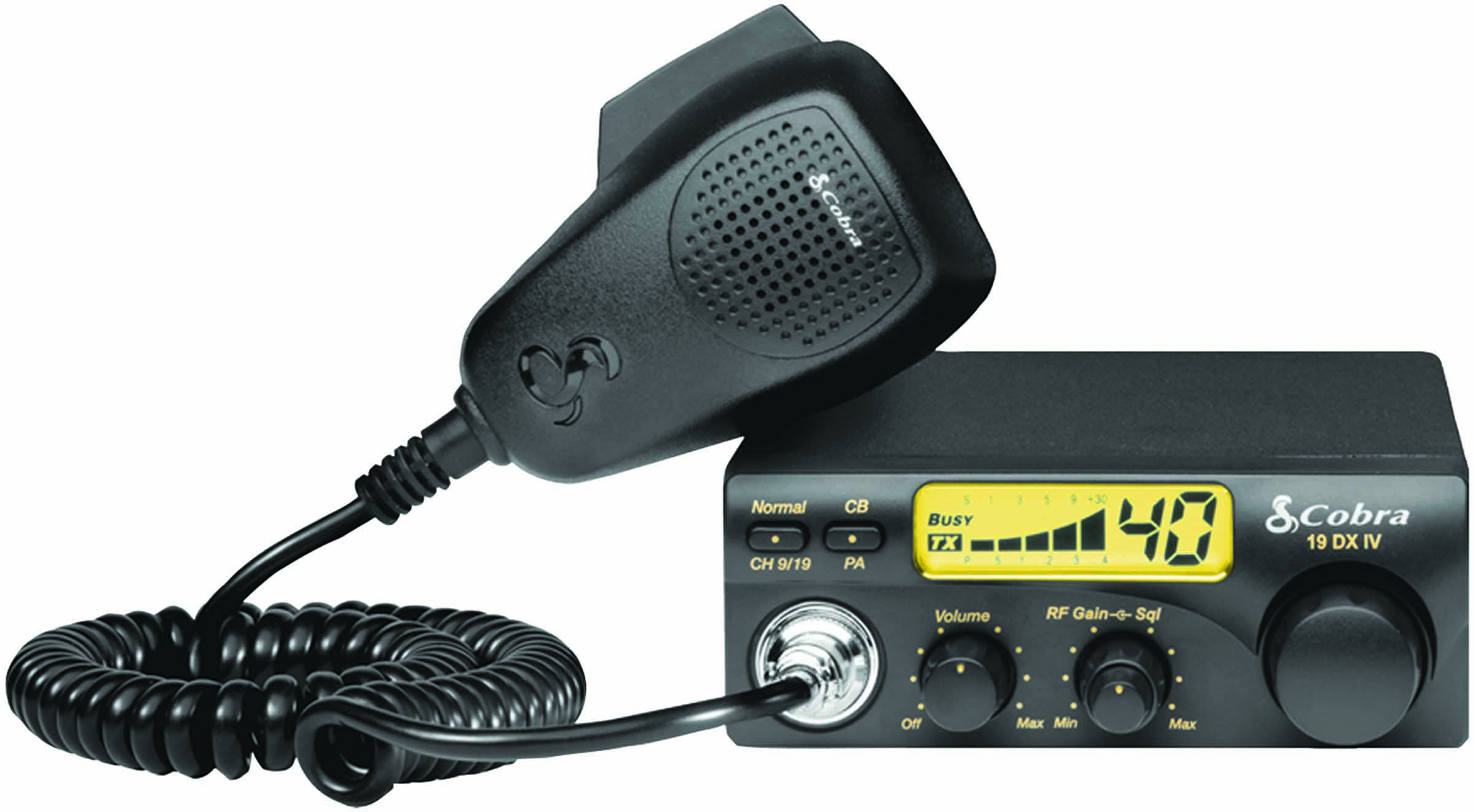 The Cobra 19 DXIV 40-channel radio (http://www.wearecb.com/cobra-19dxiv-40-channel-compact-mobile-cb-radio.html) is another choice for cheap CB radios for sale if you’re looking for a basic radio without frills. It has basic features: PA, instant emergency channel, squelch, and a jack for an external antenna. This model boasts a highly visible display and good audio. It lacks scanning, memory buttons, roger beep, SSB and talk back as well as mic gain and weather capability. As with the previous Uniden, you may miss the latter two features more than the others, and the power cord also is permanently attached to the back of the radio. It comes with a mounting bracket and hardware, including two thumb screws to attach the radio to the mount easily. Buy it. 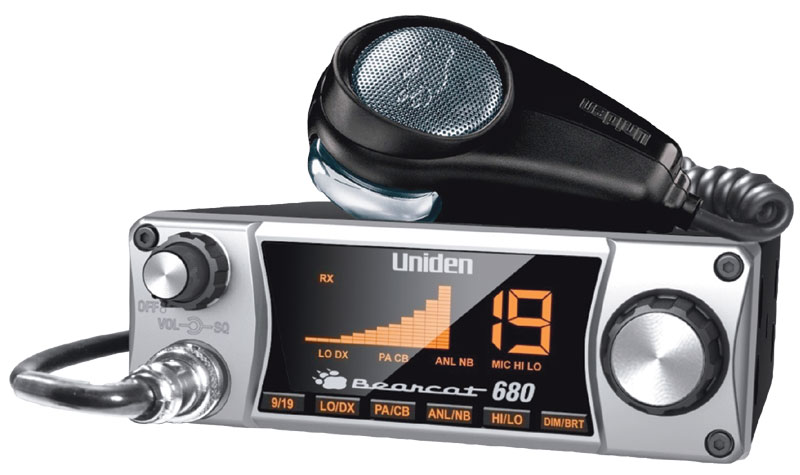 The Uniden BC680 Bearcat (http://www.wearecb.com/uniden-bc680-bearcat-680-cb-radio.html), one of the newest Uniden radios, might be the best cheap CB radio around. Why? In addition to the features that the others have, this model has some desirable features that others lack such as: a hi/lo button for mic gain, ANL/NB control to provide better squelch and instant emergency channels 9/19. Also, this model is compatible with a wireless microphone. The box contains a separate power cord (not attached to the back, as the other two radios mentioned are), the usual mounting bracket and hardware, a mic and a convenient mic hanger. With this radio, you get a lot of bang for the buck. Buy it.

If you want an excellent but cheap CB antenna, FireStik is known for high quality materials and workmanship, and this FireStik 5/8-wave antenna (http://www.wearecb.com/firestik-road-pal-cb-antennas.html) is no exception. This affordable fiberglass antenna is compatible with all kinds of vehicles that have to have an adequate ground plane ((http://www.wearecb.com/cb-antenna-ground-plane.html) unless it’s used in a dual installation with another, well-grounded antenna. Buy it.

The inexpensive Everhardt Super Flex CB antenna (http://www.wearecb.com/everhardt-super-flex-cb-antenna.html) is a ¾ wave, flexible, cheap CB antenna. It’s called SuperFlex because that’s the material the 1/4 “ fiberglass rod is covered with. It has an impressive 1.5 to 1 SWR for all 40 channels. For an explanation about SWR, visit here. (http://www.wearecb.com/what-is-swr.html) This antenna is an excellent choice at a great price. Buy it.

We hope this helps you narrow your choices when shopping for a CB radio (and/or antenna) on a budget. You can still get a quality piece of equipment that will do the job you need as long as you determine what your needs are and then evaluate your options. If you have any questions, please don't hesitate to contact us. We are here to help!