Home/CB Radio Installation & Troubleshooting/What is RF Gain and What Does RF Gain Do on a CB Radio?

What is RF Gain and What Does RF Gain Do on a CB Radio?

What is RF Gain on a CB Radio?

RF is used as a synonym for "radio frequency," in this case a CB radio. It describes the wireless communication of signals through the air rather than through wires like a plug-in home phone. Noise interferes with signals and it comes from the atmosphere, other nearby channels that overlap slightly, and environmental surroundings. To counteract noise, RF gain acts as a sensitivity filter. It reduces noise in the receiver without reducing reception power as a CB radio squelch does.

What Does RF Gain Do On a CB Radio?

Without getting technical, CB RF gain can be thought of as another way to "squelch" noise without using the CB squelch, or in conjunction with the squelch. When you crank up the squelch, you'll hear only the signals closest to you - the ones that are the strongest. That means you'll hear less "noise" - usually the most distant signals will disappear.

So, if you want to hear a transmission from farther away, keep the gain almost wide open. If you want to focus on the transmissions closest to you, turn the CB radio RF gain clockwise until only the strongest (closest) signals remain.

Some truckers turn the squelch on a CB radio all the way off, turn the RF gain on a CB radio all the way on, then dial back the RF gain control until almost all the noise disappears. That eliminates the choppy signals that a squelched radio produces, but it still allows the distant signals to come in. As vehicles travel closer to you, the signals will get stronger and louder due to their proximity. To maintain a conversation with someone whose signal is fading, you can turn the squelch down and also turn the gain up to give you a somewhat longer range to finish your talk.

What's The Difference Between RF Gain and Microphone Gain?

Microphone gain can be thought of as a volume control for your microphone. If your voice is loud, you won't need much, if any, gain. However, if your voice is soft and people are having trouble understanding your transmissions, increasing gain should help. On the flip side, too much mic gain could distort your transmissions and include too much background noise from your vehicle environment. A good compromise might be to set the mic gain at a 12 o'clock to 3 o'clock dial position. Where you should set the mic gain also depends on how far your mouth is from the mic. If you "chew on" the mic, you probably won't need mic gain. If you are about 6" from the mic, then the middle to 3/4 setting should be fine, depending on how loud your voice is. Often, helpful listeners will let you know that you should change your mic gain setting by asking you to turn it up or down.

CB Radios That Have RF Gain

Base CB Radios With RF Gain

Usually base CB radios (typically used in homes or commercial businesses) include RF-gain capabilities. That's true of the Galaxy DX 2547, one of the last base station CB radios being made now. 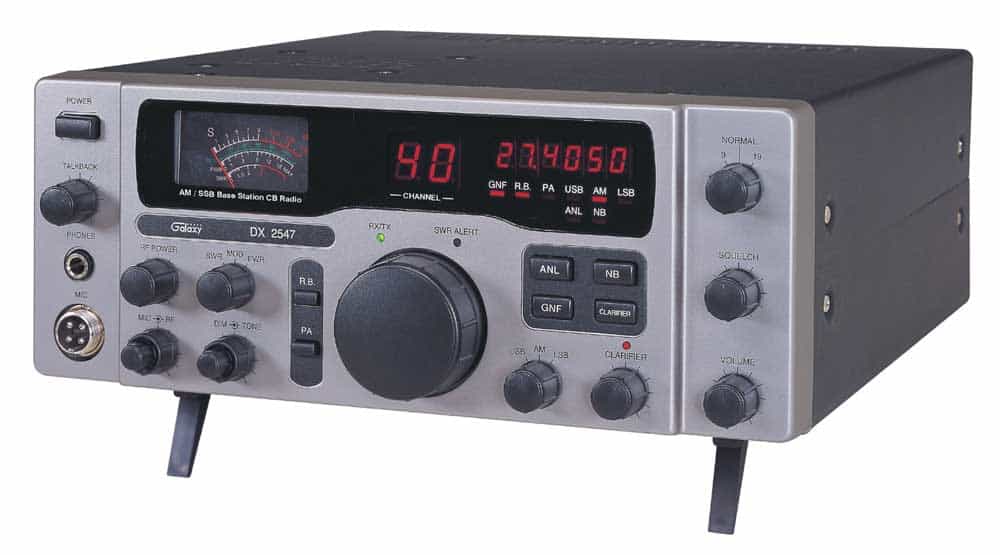 In addition to RF gain, this full 40-channel base Galaxy has mic gain, can be powered by AC or DC and features a number of convenient extras. The roger beep lets the listener know - with an audible beep - when you've finished transmitting and have "unkeyed" the microphone. Saying "over" is so yesterday with this technology. Talk back is another feature of the Galaxy. You can turn this feature on/off with a switch. It allows you to hear how you sound when you transmit.

In addition to RF gain, this set includes a good noise filter and automatic noise blanker. The instant emergency channels 9/19 can be reached by throwing a switch. There's a public address (PA) system function. You can help maintain the health of your system with this Galaxy, as it has an SWR alert to let you know when your standing waves are traveling back through the coaxial cable, causing inefficiency in your set and alerting you that it's time to re-tune your antenna system. As you can tell, this set gives the operator many luxuries as well as all of the essentials to enjoy using the CB in the home or commercial business. The drawback, of course, is that this set cannot be used as a mobile radio. Let's look at some mobile radios that are RF gain CBs.

A small mobile radio that includes gain is the inexpensive Cobra 19 DXIV, 40-channel compact CB radio. It's a basic 40 channel radio with limited features, but to its credit, one of those is RF gain.

In addition, there is an S/RF meter, which measures the incoming signal strength as well as the power that the RF is putting out. There's also a CB/PA switch, which allows you to use your radio as a public address system with the installation of an additional horn under the hood (and an amplifier if you need a loud transmission).

This Cobra is a solid radio with basic features that makes a great introductory CB radio. Other larger mobile radios offer RF gain, too, but it's more rare on a compact model. 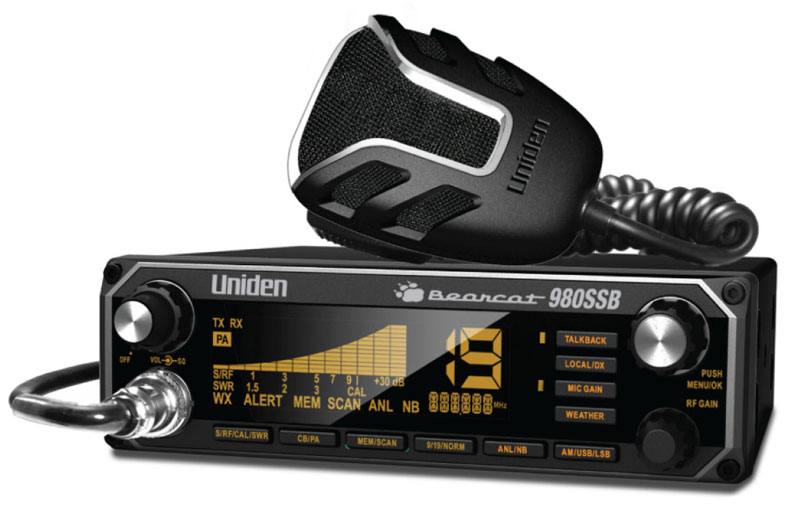 This Uniden SSB Bearcat 980, in addition to having RF gain, is the only current model from Uniden that has the single side band (SSB) capability. Without going into detail, SSB is simply another way of transmitting a signal wirelessly that is used in amateur radios and for other purposes. The drawback of SSB is that both the sender and the receiver need to have a SSB enabled radio to communicate, which is limiting.

This high-end Uniden features the full 40 CB channels - and a scanner for all channels, which is a desired but hard-to-find feature. The noise-canceling microphone's gain is handled with a hi/lo button. Additionally, there is an ANL/NB control. Another handy meter is the antenna/RF/Voltage indicator. The National Oceanic and Atmospheric Administration (NOAA) weather channels could be lifesavers while on the road - as could be the instant channel 9/19. Although this Uniden CB radio is a more expensive set than others, it doesn't skimp on features or quality.

Another standard size CB mobile radio that includes RF gain and mic gain is the Cobra 29 LTD Classic. It is less expensive than the Uniden BC 980, so if you don't need or want the SSB feature, but still want RF gain, you could take a closer look at this set. This is a large unit and has been around since the 70s; little has changed, which testifies to its reliability. In addition to RF gain, there is mic gain, called Dynamike.

This simple set still has connectors for an external speaker and a CB/PA switch and connector for PA. There's a button for the instant emergency channels and ANL/NB and a switch for bright/dim display. The strength meter for SWR/RF/Signal is convenient. Cobra has packed a lot of great features in this reasonably priced package. 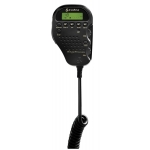 The Cobra 75 WXST is an all-in-the handset CB radio. It doesn't have an RF gain per se, but it does have SoundTracker technology that automatically reconfigures the transmission signal. The signals are expedited through the multitude of signals out there in the air at any given time. Simultaneously, SoundTracker changes the way signals and noise/static relate, thus effectively reducing the static on incoming signals. So, SoundTracker works both on the reception and the transmission of signals. However, SoundTracker is not so effective when there's a lot of background noise.

Along with SoundTracker, this compact and convenient Cobra has many useful features, such as all channel scan, an external speaker connector, instant emergency channels, memory channels and weather. The all-in-the-handset is popular among the RV crowd and off roaders.

Where Can I Locate Good Deals on CB Radios With RF Gain?

Search CB World for the radio that fits your needs - select the type that you want: mobile, handheld, base or kits. If you want a mobile CB, for instance, you can further refine your search by marking the brand and feature(s). This will set a filter to only show the radios that fit the criteria that you selected. Our products are listed with specifications, pictures, product videos when available and downloadable PDFs of owners manuals.

In addition, the blog section of the website has a wealth of information.

And, if all of that doesn't answer your questions, you can call the knowledgeable people at CB World for some guidance.